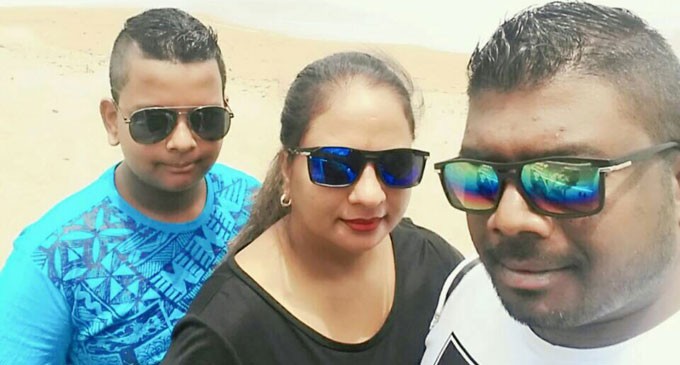 Updated: 12:50pm – Saheed Hussein and wife Rose­lyn Devi loved their only son, Re­han, so much that they told him that they would not have another child.

This would allow him to have their undivided at­tention.

But their deep love for each other crashed on Thursday when Rehan, 11, a prefect at Nasinu Muslim Primary School, was electrocuted in a freak accident.

The tragedy broke their heart.

Ms Devi, weeping uncontrollably, described Rehan “as the apple of our eye.”

“He always asked if I wanted another baby. I said I only wanted one child, only him.

“I could never share the love I had for him with another child,” cried Ms Devi.

She said they loved Rehan more than their own lives and sorely missed him.

She said she last spoke to him by phone at 3.30pm from the supermarket she works in.

Rehan told her there was no need to buy another prefect’s badge because he had found his misplaced badge.

That fateful Thursday began just like any other day for the Khalsa Road family of Nasinu. Ms Devi said: “In the morning I made his (Rehan’s) favourite dish, fried potatoes with spices.”

She remembered looking into his bedroom, woke him up and hugged him.

Ms Devi said after school a taxi driver picked Rehan from school and dropped him at the nanny’s place in Nakasi.

He stayed with the nanny for two hours and we paid the woman to look after my son.

“That Thursday afternoon I received a call from my hus­band and he said something happened to Rehan. I thought it’s just something small, I didn’t know.

“I went to the hospital and saw him. He was dead.”

Mr Hussein confirmed that from the post mortem result handed to them showed that Rehan had touched a high volt­age wire and got an electric shock.

Police are investigating the incident. It is not clear who is responsible for the exposed live wire.

The Fiji Electricity Authority had previously warned that children should not wander near broken live power lines which should be reported immediately. So far this year, this is the third case of a young person getting electrocuted.

Doctors on the frontline of the latest outbreak are on high...