Home News NATIONAL NEWS:- A man attempted to lie about the searing accident that... 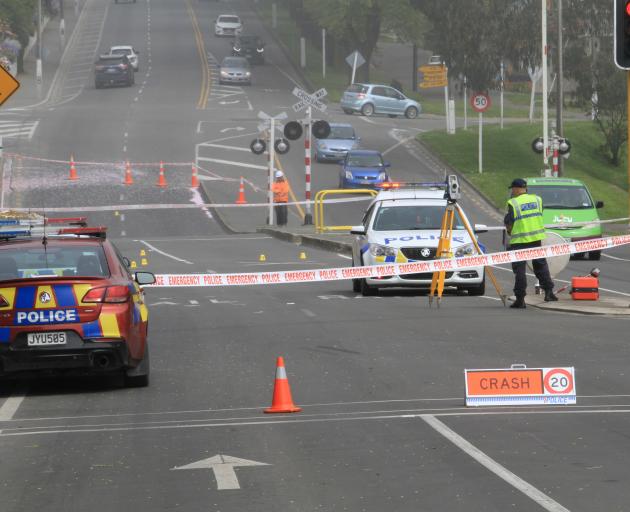 An Oamaru man who at first prevented being the driver from claiming a vehicle associated with a red hot accident that slaughtered two youngsters in June has conceded he was in the driver’s seat.

Passengers Kaylem Rayne Webb-Hirst, 16, and Michael Shelford Mauheni, 17, died when the vehicle crashed and caught fire at the intersection of TY Duncan and Shortland Rds in north Oamaru on June 12.

Joseph ‘Amanaki Lelei Fisiitoi Siale, 19, who was arrested in Auckland in October, faced two charges of aggravated careless driving under the influence causing death, in the Oamaru District Court on Wednesday.

The previous Waitaki Boys’ High School understudy had before confessed to the charges.

The police outline of realities said Siale was celebrating with Webb-Hirst and Mauheni at a focal Oamaru address on the night of June 12.

Mauheni was not drinking, however, Webb-Hirst and Siale were. Siale was later found to have a blood-liquor level of 59mg. As far as possible for a driver younger than 20 is zero.

Where they went and who was driving was not built up by police in the outcome of the accident.

He was in the driver’s seat of the Maxima about 11 pm as it traveled north at an obscure speed on Shortland Rd, a straight, generally 2.5km-extended length of the street.

As he moved toward the T-crossing point with TY Duncan Rd, Siale plunged the headlights yet passed straight through the convergence.

The Maxima hammered into a heap of rocks at the front of a house with such power that the vehicle wound upon them.

The effect of the accident turned and shunted the’s motor towards the driver’s footwell, causing a fire in the motor cove. The fire immediately spread.

The tenants of the property hurried to help yet couldn’t pull the two young people from the consuming vehicle. Siale had the option to free himself.

Mauheni and Webb-Hirst endured extreme head and mind wounds and passed on at the scene a brief timeframe later. Siale supported genuine leg wounds and was in Dunedin Hospital until July 1.

As per the police rundown of realities, Siale knew about the stretch of street, as he took a shot at a market garden close to the scene.

He at first told police there were four individuals in the vehicle and that he was a front-seat traveler, yet changed his story and conceded there were in certainty just three and he was driving.

Siale, who declined to be met by police, was indicted by Judge Joanna Maze and will be condemned on April 22.