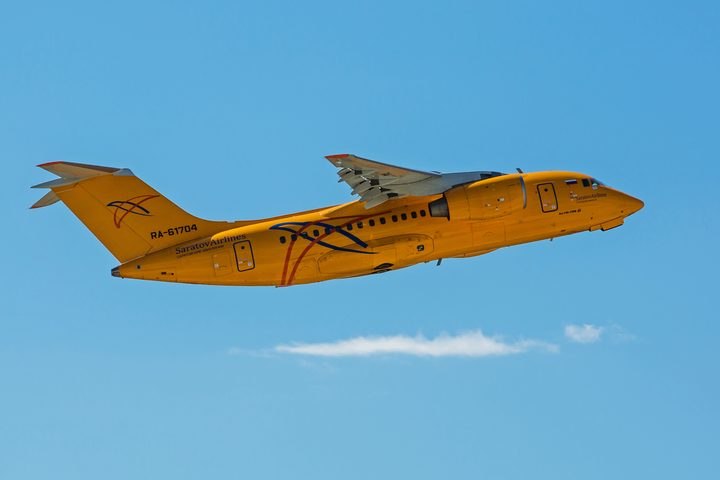 Updated: 7:30am – A Russian airliner has crashed after leaving Moscow’s Domodedovo airport, killing all 71 passengers and six crew on board.

Contact was lost to the Saratov Airlines Antonov An-148 jet four minutes after it took off, heading to the city of Orsk in the Ural mountains, about 2.30pm local time.

Flight-tracking site Flightradar24 said it then descended at the rate of 3300 feet (1006m) per minute, and crashed near the village of Argunovo about 80km south-east of Moscow.

The office of Russia’s transport prosecutor said all 71 passengers and six crew on board had been killed. Transport Minister Maxim Sokolov confirmed there were no survivors and said DNA tests would be needed to identify the dead.

TV images of the crash site showed wreckage of the plane, including at least one engine, lying in fields covered with thick snow.

Debris and human remains were spread over a radius of a kilometre from the crash site, investigators said.

One of the flight recorders has been recovered, officials say.

A spokesman for the regional governor told Interfax news agency all passengers were from Orenburg, the Russian region to which the plane was flying.

Interfax said one Swiss national had been among the passengers.

The cause of crash was unclear. Eyewitnesses told Russian media the jet was on fire as it went down, while a Russian official denied claims the pilot had reported a malfunction.

“According to preliminary information, nobody survived,” the Kremlin said in a statement.

President Vladimir Putin offered condolences to those who had lost relatives and ordered a special investigative commission to be set up.

This is the first commercial passenger jet crash for more than a year – 2017 was the safest year on record for air travel.

Elena Voronova, a spokeswoman for Saratov Airlines, said there had been no concerns about the technical condition of the plane, which went into service with her company in 2016.

Saratov Airlines is based in Saratov, 840km south-east of Moscow, and flies mainly between Russian cities but also has destinations in Armenia and Georgia.

In 2015 the airline was banned from operating international flights after surprise inspectors found someone other than the flight crew was in the cockpit.

The airline appealed against the ban and changed its policy before resuming international charter flights in 2016.