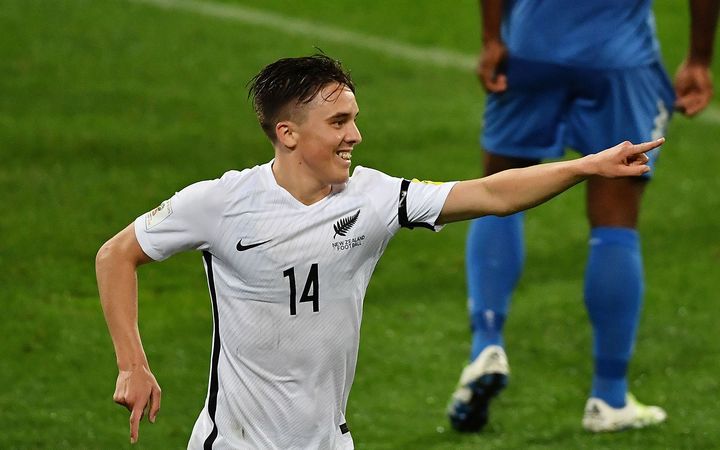 The All Whites have beaten Fiji 2-0 in the second leg of their football World Cup qualifier in Wellington last night.

New Zealand went into the match without captain Chris Wood who has returned to his England club side Leeds after picking up a minor injury during the All White’s win over Fiji in the opening match in Lautoka at the weekend.

In his absence Andrew Durante led the side.

Despite needing to win the match to have any chance of advancing, Fiji took a very defensive approach in the first half.

That was largely due to the overwhelming amount of possession New Zealand had, but the home side were given plenty of time and space on the ball and often not put under pressure.

Ryan Thomas drilled a low shot into the left hand corner of the goal from just outside the box, to score his first goal for the All Whites and give the home side a 1-0 lead.

Given the amount of possession, territory and their ability to control the tempo of the game, New Zealand would have been disappointed not to have extended that lead further by halftime.

The second half followed much the same pattern as the first.

Plenty of possession and territory for the home team, but they were unable to find the finishing touch.

That was until the 67th minute when a top notch cross from Tom Doyle picked out Thomas who headed home to for his second goal of the evening, ending any hope Fiji may have had of snatching an unlikely win.

From then on the match became a pedestrian affair with the result beyond doubt and the All Whites unable to breach Fiji’s defence again.

The win puts the All Whites through to the Oceania confederation playoff, most likely against Tahiti, in November.

The winner of that home and away series will then play the fifth placed South American team for a place at the World Cup in Russia next year.

The next major assignment though for the All Whites is the Confederations Cup, also in Russia, in June.

New Zealand have been drawn to play Russia, Portugal and Mexico in pool play.

They have warm up games against Belarus and Northern Ireland ahead of that competition.

Singapore Man Sleeps With 57 Women In 24 Hours To Create...