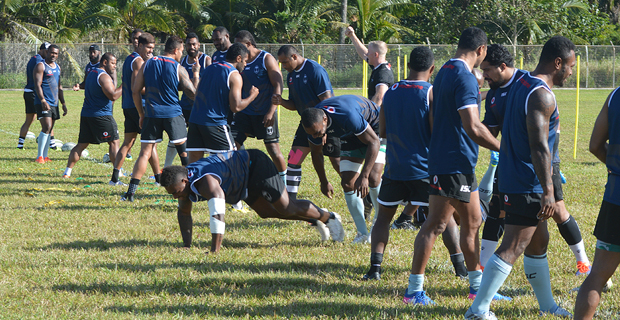 Josua Tuisova is expected to make his second test cap for the Vodafone Flying Fijians after an impressive debut performance against Scotland last month.

The Toulon winger did not disappoint the local fans with his block-busting runs and big hits.

This Saturday, the weather forecast in Tonga will see sunshine through Teufaiva Stadium that will allow Tuisova run free and show his strength against the physical Tongan side.

The 23-year-old is expected to face off with Rugby League convert Cooper Vuna who had a number of tackle break and big hits against Samoa last week.

This will be exciting for the local fans in Nuku’alofa as they brace themselves for a brutal contest between the Flying Fijians and Tonga.

Meanwhile Fiji coach John McKee has hinted that Timoci Nagusa could start at fullback with Vereniki Goneva and Asaeli Tikoirotuma bracketed for the outside centre position.

The Flying Fijians will take on Tonga at 2pm Saturday at Teufaiva Stadium.

NATIONAL NEWS:- Gunman on the run after shooting in Foxton

Bulitavu loses his parliamentary seat and cannot contest elections for next...