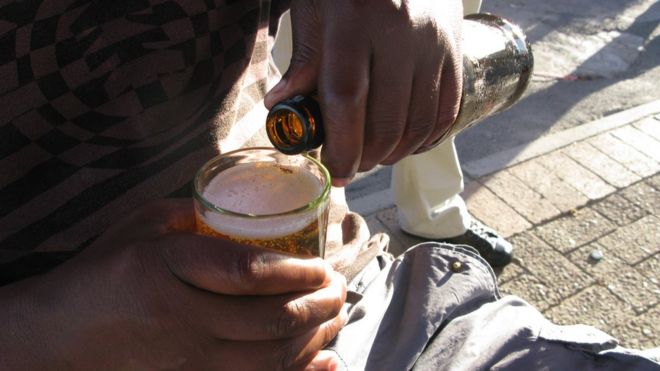 South Africa’s prohibition on liquor during the coronavirus pandemic has incited the BBC’s Vumani Mkhize to think about why he and his nation have such a poisonous relationship with drink.

I was a 17-year-old in my penultimate year at school when I had my first visually impaired alcoholic experience, which prompted my ejection in 2002.

I was coming back to Ixopo High School in KwaZulu-Natal region, which is encircled by undulating green slopes so broadly depicted by hostile to politically-sanctioned racial segregation author Alan Paton in the original novel Cry, the Beloved Country.

Paton was really an educator there during the 1920s and a written by hand first page of his novel hung in the school library. It made me need to copy him – to have pages from a book I would compose on the library’s dividers. In any case, that was before I got diverted.

Landing from the minibus taxi after the school occasions, my closest companion and I removed our ties and jackets and went to the town’s closest jug store where we purchased two quarts of brew and a half-jug of vodka.

The shop partner had no apprehensions about offering liquor to two inexperienced young men, which says a great deal regarding how careless a few foundations can be with regards to serving underage youngsters.

We drank behind a surrendered assembling – and I cherished the inclination promptly, regardless of whether I wasn’t so enchanted with the taste.

When we hauled ourselves up the slope to the all inclusive school, it was dull and the doors were shut. The dean was brought; our destiny fixed.

I wish this had been the last such occurrence, yet in the years to come I had a lot more power outages and improper encounters.

However, I felt no disgrace – I wore the power outages as a misinformed symbol of respect, shared among companions while bragging what number of cases lager I savored an end of the week.

In the more extensive South African setting my experience isn’t one of a kind and I’m certain innumerable individuals will have all the more nerve racking stories to tell.

The conundrum with regards to South Africa’s drinking society is that while most of grown-ups avoid, those that drink, do so vigorously.

The World Health Organization (WHO) groups most of consumers in the nation as gorge consumers.

This implies around 59% of liquor buyers drink more than 60g of unadulterated liquor on in any event one event a month – that is six mixed beverages, four more than the every day suggested sum for men.

South African Medical Research Council’s Charles Parry, who has gone through over two decades investigating the nation’s full connection with liquor, accepts there’s an inseparable connection between our drinking society and our past.

“There was a timeframe when liquor was not accessible to dark South Africans,” Prof Parry enlightens me regarding the prior days white-minority rule finished in 1994.

This prompted consumers going to unlawful bars, with many individuals of color considering it to be a demonstration of disobedience against the politically-sanctioned racial segregation system.

In the Cape Winelands, shaded (blended race) workers were regularly paid in liquor in what was designated “the dop framework”. Albeit since a long time ago nullified, the hurtful inheritance of that framework is as yet unavoidable in colorful networks over the Western Cape.

While limitations on liquor in the past were to a great extent dependent on bigot approaches, current limitations involve life and demise.

Our unfortunate relationship with liquor provoked the legislature to organize a disliked across the nation restriction from the beginning of the pandemic, in March.

On 1 June, the offer of liquor for home utilization was permitted once more, just for the boycott to be reinstituted a little more than a month later.

The reason behind the restriction was to let loose emergency clinic beds in injury units the nation over – activity vindicated by what specialists saw at our open medical clinics.

“Our demonstrating found that we have an exceptionally elevated level of liquor related injury in South Africa, which we determined at more than 42,000 introductions for each week, and that [trauma cases] dropped by 60% to 70% in ‘Level 5’ [when the primary boycott was imposed],” Prof Parry told the BBC.

“What occurred with the unbanning of liquor on 1 June, was abruptly a tremendous resurgence in liquor related injury and fatalities.”

The boycott has obviously eased weight on the delicate wellbeing framework, however from a financial point of view it has been disastrous.

The liquor business underpins in excess of a million occupations, and contributes around 3% to GDP. The mainland’s biggest brewer, South African Breweries (SAB), says it is stopping 5bn rand ($285m, £215m) of arranged venture as a result of the boycott.

“The retraction of this arranged use is an immediate result of having lost 12 full exchanging weeks, which viably likens to some 30% of the SAB’s yearly creation,” Andrew Murray, the brewer’s VP of account, said in an announcement a week ago.

Heineken, South Africa’s second-biggest brewer, has additionally reported that it will hold intends to manufacture another 6bn-rand bottling works in the port city of Durban – alongside the formation of around 400 posts in an industry that has drained in excess of 100,000 occupations since the finish of March.

Cafés have additionally mourned the boycott – around 60% of their income originates from selling liquor – with many having just closed their entryways for good.

A family of five in Vunika, Labasa are stranded after storm

Students apply for the assistance before the selection process takes place.