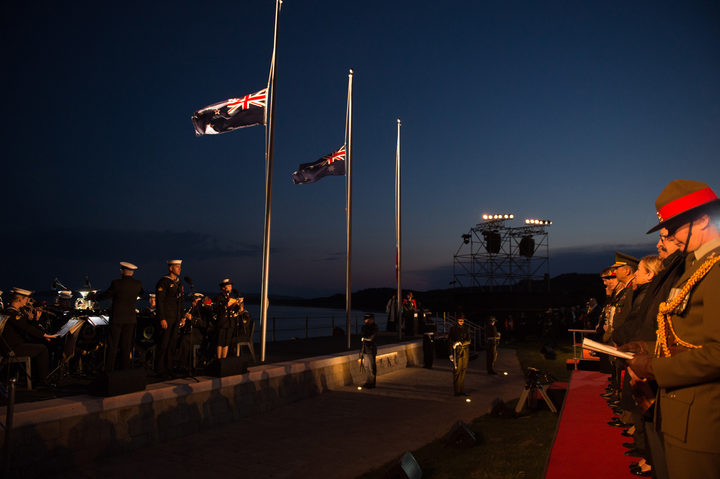 The authorities in Turkey have arrested a suspected Islamic State member they believe was planning to attack the Anzac Day commemorations at Gallipoli, to be attended by hundreds of Australians and New Zealanders.

A Turkish police spokesperson said the suspect, a Syrian national, was detained in Tekirdag, a northwestern province close to the Gallipoli Peninsula.

Media reports say the man was planning to bomb or drive a car into crowds at Gallipoli’s Anzac Day service. The arrested man has been named as 25-year-old Abdulkarim Hilef.

A Turkish news agency said the man was preparing an attack in retaliation for the Christchurch mosque shootings in New Zealand in March, which resulted in the deaths of 50 people and the injury of 50 others.

An Australian report also says Turkish police believe the arrested man was planning to bomb the service or drive a car into the crowd. It also said he was motivated by a desire to retaliate against the Christchurch attacks last month.

The area has been evacuated but the traditional dawn service is still due to go ahead later today.

The NZ Defence Force says it’s aware of Turkish media reports that the police have arrested a man. It says Australian and New Zealand agencies are liaising with the responsible Turkish authorities in relation to the media report.

A spokesperson says planning and preparations for the Anzac commemorations at Gallipoli are continuing.

Freelance journalist Ashleigh Stewart, who is a New Zealander, said there was initial shock when people on her tour bus – New Zealanders and Australians – heard about the plot and the arrest.

“It’s come as a bit of a shock but we’re as safe as anywhere here I think… the Turkish authorities and stuff and the security checks and all that have proved that,” she said.

However, she said the mood had improved and they’ve been singing songs and chatting as they enter the site.

She said the plan now was to stay up tonight ahead of the dawn service.

The peninsula is the site of the First World War battle in which the Anzacs were defeated after invading Turkey at the behest of the British in 1915, and commemorations are due to take place there today to remember those who died.

New Zealanders suffered unprecedented loss of life, with 2779 killed. Hundreds of New Zealanders and Australians are expected at Gallipoli this year.

Turkey has already banned its own citizens from attending the Anzac Day dawn service at Gallipoli because of security concerns. It blamed Islamic State for several bombings that took place in 2015 and 2016, which in total killed some 200 people.

Although the jihadist group has not been active in Turkey of late, the authorities still carry out routine operations against suspected members.

Featured image: The dawn service at the Anzac Commemorative Site in Gallipoli in 2018. Photo: NZDF

WORLD NEWS: Fears of a second wave in the Middle East’s biggest outbreak.

The Makeup Has The Power To Create Miracles | NZ FIJI...

Fiji: No reconciliation for the Supply of Free Milk: Auditor General