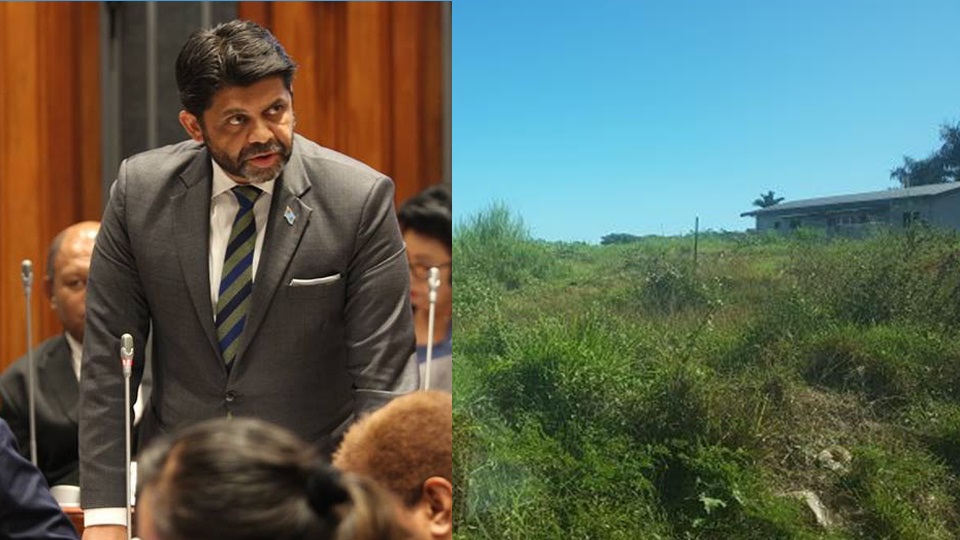 Opposition Member of Parliament Niko Nawaikula is again under the spotlight for making false claims in regards to the Land Bank.

Nawaikula claims the Land Bank is stopping landowners from making their own decisions and its establishment was wrong.

However, Economy Minister Aiyaz Sayed-Khaiyum while setting the record straight in Parliament yesterday, said Fiji is the only country in the world where 92 percent of the land is owned by the indigenous people on a communal basis.

“So this whole ethnic stuff that is going on about Girmityas and them being a threat to their land, none of that has happened. Not a single Girmitya nor their descendants have taken a single millimeter of land in Fiji.”

He also talked about a meeting he had with the Opposition Leader Sitiveni Rabuka when Rabuka was Prime Minister.

Sayed-Khaiyum says the Land Bank is in the law and no other government has set aside funds to help the i-Taukei community to develop their land for subdivision.

“We have this slogan that has come up now “Asset Rich Cash Poor”. Exactly 92 percent of the land but cash poor, because of the fact that the transactions and that political mentality that pervaded stopped i-Taukei people from becoming wealthy from the land use.”

Meanwhile, Lands Minister Ashneel Sudhakar says last year the government passed the fair share royalty act, under which 80 percent royalties of all the resources marketed and sold by the government goes to the landowners.