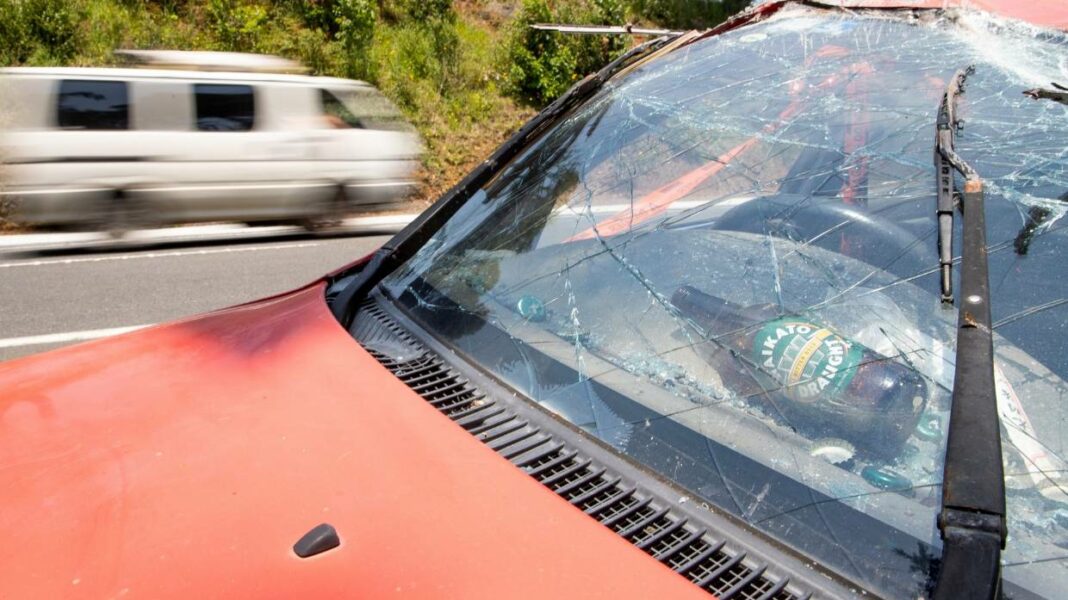 Abandoned on the roadside between Hamilton and its nearest beach, the battered wreckage of a car is a foreboding sight.

And the combination of dawdling beach-goers and rushed locals is dangerous, residents say.

They’re calling for authorities to take another look at what can be done to make the road safer as the Raglan population swells.

The notoriously winding and high-risk State Highway 23 is the only direct road between Hamilton and Raglan.

The stretch of highway – between Manukau Rd and the intersection in Whatawhata – saw 258 crashes between December in 2013 and February of 2019, according to NZTA data. Of those crashes, 27 were serious and three were fatal.

When warm weather hits the potholed highway fills with freedom campers and holiday makers crawling at 50 kmh, he said.

“A holiday at the beach? Fine, have a nice day. But pull the f…k over.

“People start to take unreasonable risks. There are limited areas to pass.

“That’s the main reason people go crazy, because they’re sitting behind someone who just won’t pull over.

The beleaguered road has seen its share of incidents over the past week.

A young local man died after veering off the road and down a bank on SH23 in Raglan. Two others were critically injured.

A couple of days later, footage revealed a driver blindly overtaking trafficand into the path on an oncoming motorbike and van on the same road.

And on Wednesday night, a driver was injured after a car flipped on SH23 about a kilometre west of Te Uku.

The small settlement of Te Uku, nestled 10 kilometres from Raglan, is among the most dangerous stretches of the highway, according to locals.

The stretch of highway is a “time bomb” and locals worry that change will come too late, local farmer Graeme Crowhurst said.

“There’s some idiots on the road and there are some people who are over cautious on the road.

“They create a dangerous situation. When the two mix it’s bad … sometimes there’s about 50 cars behind someone.”

A kilometre down the road, a crashed red car sits roadside after flipping along the highway the night before.

“Danger” tape is wrapped around the shattered windscreen.

It’s a summer problem and as the traffic numbers triple as city-dwellers head to Raglan, it only gets worse, Crowhurst said.

Passing lanes, a lowered speed limit through Te Uku and more defined parking spots along the SH23 in Te Uku would help, he said.

“I’m sure (NZTA) could make the road a little more compensatory for people’s inadequacies of the fast driver and the slow driver.”

But driver’s attitudes were trickier to fix.

“It’s a free for all. You leave it up to people’s judgements and people are not judging it properly and it’s really risky.”

But a Te Uku worker, who declined to be named, said locals need to “grin and bear” slower speeds.

“There’s been a lot of crashes in the last year… Most of the drivers have been locals as well.”

She saw one driver crash into a field after trying to overtake someone, while another spun out after pulling out of the petrol station straight onto the state highway.

“It’s not even just Te Uku, it’s everywhere on this road. The whole stretch, there’s been at least one crash on each corner.

Within two days, there were three crashes on the winding stretch of road known to locals as “the divvy”.

A lot of people commuted between Raglan and city, so a long term solution would be important as the population swelled, he said.

And it needed to be reassessed soon, Bennett said.

“[Raglan] is close to Hamilton which is really booming and over time there needs to be a serious solution to that road that is more than just safety improvements.

“It’s time that community got a wider type of solution on the table.”

The beginning of SH23 between Raglan and Hamilton, an intersection in Whatawhata, was another notoriously dangerous spot, Bennett said.

“There’s constant crashes there. That really needs more than a safety upgrade it needs a full blown solution.”

As part of NZTA’s Safe network programme, the agency is identifying roads where reviewing speed limits could make a big difference in preventing deaths and serious injuries, and where communities were calling for change.

“Since 2017, the NZ Transport Agency has installed roadside safety barriers in high risk locations, widened road shoulders, improved line markings and signs and constructed a slow vehicle bay along this stretch of road,” the statement said.

“We will be looking to review the speed limits on this corridor within the next two years. The local knowledge and experience of using the road will be vital to the speed review process.”

NATIONAL NEWS: The lack of testing of staff at the border...

WORLD NEWS: Tokyo 2020: Olympic and Paralympic Games postponed because of...